As soon as it becomes possible, a major retrospective of the work of John Heartfield (1891-1968) will open to the public at Museum de Fundatie. The German Dadaist, photomonteur and political artist used his art as a weapon and succeeded in reaching an audience of millions. The exhibition will be the biggest retrospective of the work of this ‘influencer avant la lettre’ ever staged in the Netherlands. Produced in collaboration with the Akademie der Künste in Berlin, it will move on to London after its run in Zwolle.

John Heartfield (born Helmut Hertzfelde) ­– one of the first members of Berlin’s dada movement – and George Grosz invented photomontage in 1919. During that period Heartfield also became a member of the KPD, the German communist party. The KPD soon recognised the communicative potential of his photographic manipulations and allowed him to produce the covers for the workers’ magazine AIZ (Die Arbeiter-Illustrierte Zeitung). Heartfield also produced the artwork for the KPD’s election campaigns. He was both praised and feared for his biting criticism of national socialism, including some merciless ridiculing of Adolf Hitler. In 1931 his friend, the art critic Adolf Behne, described his montages as ‘photography plus dynamite’.

Heartfield’s powerful and politically influential images meant he had to flee Germany when Hitler took power in 1933. He continued his political activities in Prague. After his exile in Britain during the Second World War, Heartfield returned to Germany, choosing to live in the GDR. There, the new powers that be approached him with suspicion and caution, and he was unable to revive his role as a propaganda artist. He devoted himself to designing books (something he had been doing since the beginning of his artistic career) and theatre sets.

John Heartfield died in 1968, having lived just long enough to witness how the student movement of the 1960s embraced the idiom of his photomontages.

Photography plus Dynamite encompasses all of Heartfield’s large body of work, from book covers and political advertising to theatre designs, photography, and animated films. Some of the items are on display for the first time, including printed material, drawings, and artifacts from East Asia that inspired Heartfield’s work.

Almost a century on, Heartfield’s work has lost none of its explosive power. The exhibition is therefore not only an introduction to the founder of photomontage but also an invitation to the latest generation of artists to draw inspiration from his work.

The Future Factory, De Fundatie’s laboratory for new art, gives today’s artists room to explore what forms engaged art can take today. Is it entirely different from the work of John Heartfield, or are there similarities? One possible answer is presented in Whose is the World?, an exhibition in which 29 activist makers, alumni, and lecturers from art college HKU in Utrecht take a stance (their own, or someone else’s) on current issues such as climate, racism, gender, and identity. First- and second-year undergraduates from the Illustration Design course at ArtEZ have produced a special contribution to Whose is the World?, with political posters designed under the guidance of cartoonist, Heartfield fan, and lecturer TRIK.

In UNDER WATER Junte Uiterwijk (Sticks) and Glenn de Randamie (Typhoon) manage to silence the cacophony of opinion to which we are constantly subjected. Their multimedia installation creates room for a little peace and reflection, for people to come together and to take a stance. With a combination of projections, live news clips and specially written tracks, these two spoken word artists challenge us to reject polarisation and see the world from different perspectives.
At this difficult time, these exhibitions invite us all to think about the visualisation of political ideologies, and about our own social dreams and nightmares.

John Heartfield – Photography plus Dynamite is a perfect addition to the series of exhibitions at Museum de Fundatie on the inter-war years and the GDR, which has included ‘Dancing on the Volcano – Art and Life in the Weimar Republic’ (2013) and retrospectives of the work of Werner Tübke (2017) and Wolfgang Mattheuer (2017) who, along with Bernhard Heisig, founded the New Leipzig School. 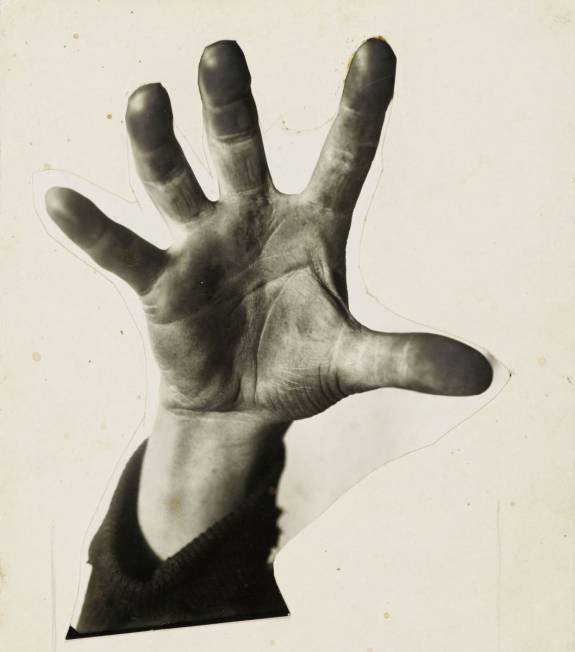