This autumn, Rijksmuseum Twenthe is organising a spectacular exhibition on the life and work of Baroque painter Artemisia Gentileschi (1593-after 1654). She was one of the most important representatives of seventeenth-century Italian painting and was so well known that only her first name was enough, and still is: Artemisia. As a woman, she manifested herself in a man's world, without conforming. Which is why in later times she would become a symbol of the struggle against patriarchy.

Artemisia: who hasn’t spotted her name in the newspapers, magazines, and reviews last year, on the occasion of the major retrospective in London? Her unprecedented talent was described in superlatives. "A sort of proto-feminist heroine, the queen bee of female empowerment: the Beyoncé, if you like, of art history", wrote The Telegraph.

Artemisia's uniqueness becomes immediately apparent in this commentary. She is a painter, she is a woman, she is a great artist, she is an unparalleled talent - not in spite of being a woman, but thanks to it. She uses her own image, her own body, she masters it like a language. And so Artemisia acquires a place in the history of women. She relates to the great women of history whom she paints and to later women who come to see Artemisia as a symbol of the struggle against patriarchy. This perspective - that of Artemisia in the history of women, rather than a woman in a male-dominated world - is the one that Rijksmuseum Twenthe has consciously and confidently chosen in the exhibition Artemisia. Woman & power.

Artemisia, the artist who has gained momentum through the phenomenal attention her personality and work have received in the reviews of her retrospective exhibition in London, is coming to the Netherlands. With around twenty paintings by Artemisia, and another twenty works by her Baroque (male) contemporaries, Rijksmuseum Twenthe, in collaboration with Davide Sandrini (StArt), will be exhibiting Artemisia's spectacular work . Never before has such a large selection of Artemisia's work been on display in the Netherlands. A unique event, a unique perspective, a unique exhibition.

The exhibition Artemisia. Woman and Power revolves around the extraordinary life and work of Artemisia. The project is part of a recent "rediscovery" of the artist. The rediscovery of a female icon, an artist's daughter, an outstanding (portrait) painter leading an extraordinary life. Artemisia's turmoil and money problems, her break with her father and his artistic practice, motherhood and the loss of her children, her international clients and reputation in a male-dominated world, the cultural networks, and her dealings with her own body. It is precisely these biographical aspects that make a special reading of her oeuvre possible. Rijksmuseum Twenthe will be exhibiting splendid portraits: scenes that are thoroughly baroque, sensual, sometimes bordering on scandal, a mixture of violence and seduction.

But this exhibition doesn’t only focus on the tension between life and work. It is just as much about the differences and similarities between Artemisia's time and our contemporary view. Artemisia is a talented painter, a woman, a symbol. What do her biography and her work say about her time, and what does our understanding of them say about ours? How can we read Artemisia's paintings?

Artemisia, woman in the Baroque

To emphasise the special, idiosyncratic nature of Artemisia's work, her work is displayed alongside that of talented painters from the same exceptional artistic period, the Baroque. In comparison and similarity, Rijksmuseum Twenthe shows how the womanhood of Artemisia is manifested in her oeuvre. Alongside the work of painters with equally seductive intentions. Male contemporaries whom Artemisia must often have known, either personally or by reputation.

About twenty paintings by Artemisia can be seen in the exhibition. Monumental canvases, but also intimate portraits. Important loans from public collections - including the Palazzo Pitti in Florence, Museum Capodimonte in Naples and the Museum of Fine Arts in Budapest - are shown alongside recent discoveries from private collections. In addition, the museum will display another twenty works by Artemisia's (male) contemporaries.

Rijksmuseum Twenthe, in collaboration with Davide Sandrini (StArt), will be exhibiting Artemisia's spectacular work from 26 September 2021 to 23 January 2022. 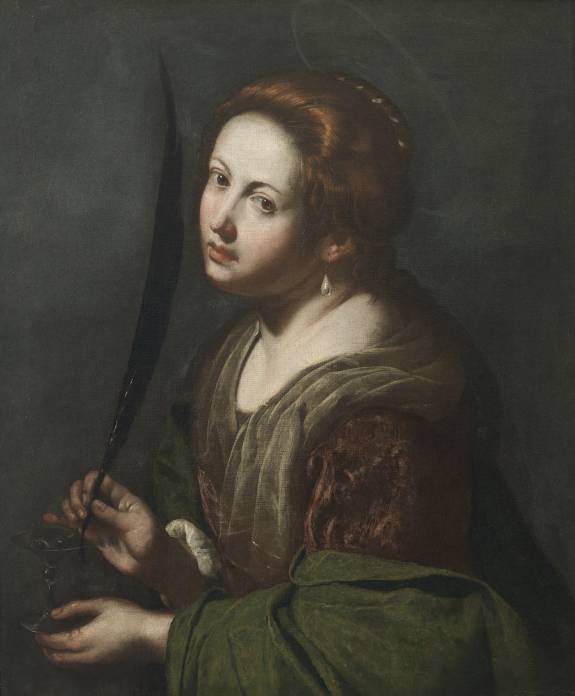