The first online catalogue of the work of printmaker Frans Pannekoek was published on 7 October. This RKD Study is a collaboration between the RKD – Netherlands Institute for Art History and Fondation Custodia in Paris and it contains about 1000 images and descriptions of some 350 prints made by the artist between 1959 and 2017.

The artist Frans (Lodewijk) Pannekoek (1937) has been making and printing etchings, especially drypoints, for more than fifty years. His work became known nationally thanks to Gerard van het Reve’s publication Veertien etsen van Frans Lodewijk Pannekoek voor arbeiders verklaard (Fourteen etchings by Frans Lodewijk Pannekoek explained for workers) (1967). Over the years he has made some 350 prints, starting off in Holland and, from 1968, in France and Spain, where Pannekoek still lives.

His prints are mainly small works in grey tones: the subjects are landscapes, (self-)portraits and still lives of plants and animals, in which he makes very subtle use of the drypoint needle. This technique only permits the making of a small number of impressions, and the variation between different impressions, especially in his later work, means that they come close to being monotypes. The representation of space and atmosphere by plate tone and use of chiaroscuro give the prints an extraordinary silent quality.

The survey of Pannekoek’s prints from 1959 until 2017 includes images and descriptions of about 350 works. One special feature is the inclusion in the catalogue of a great many prints in different impressions, in order to show their considerable variety. Most of his prints can be found in the Paris collection of Fondation Custodia (Collection Frits Lugt), whose former director, Carlos van Hasselt (1929-2009) began collecting Pannekoek’s work systematically from 1970 on, often in multiple impressions. His successors have continued to make regular purchases of new work by Pannekoek. The catalogue includes images of nearly 900 impressions from the Fondation Custodia collection. This selection is complemented by 95 impressions from the Rijksprentenkabinet, which came from the collection of the art historian Peter Schatborn.

RKD Studies is a vehicle for publishing research into Dutch art in an international context, which is either carried out by or in collaboration with the RKD. The research data of the 350 prints have been added to the RKD’s databases and are extracted ‘live’ by the RKD Study, ensuring the information remains up to date. The publication is in English, and has been put together by Jan Piet Filedt Kok and Willemijn Stammis. They have also written the introductory chapters about Pannekoek’s life and work. The whole was produced under the editorship of Ton Geerts.

On 2 November Jan Piet Filedt Kok and Willemijn Stammis will give an RKD Talk in which they tell us more about Pannekoek’s work and give some insights into their research. RKD Talk: Frans Pannekoek 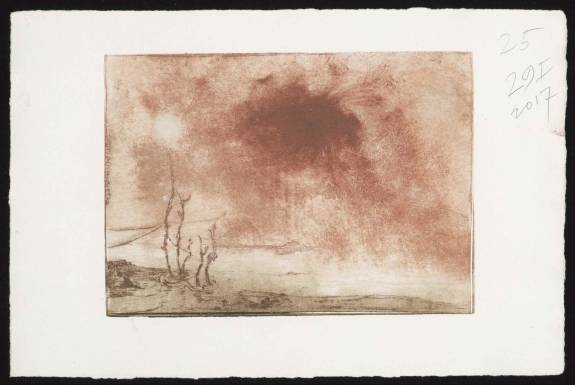